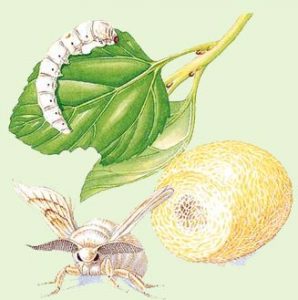 microorganism was originally isolated in the late 1960:s from silkworm Bombyx mori L. (intestine), Serratiopeptidase is present in the silkworm intestine and allows the emerging moth to dissolve its cocoon. Serratiopeptase is produced by purification from culture of Serratia E-15 bacteria.