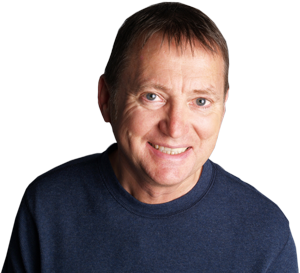 is an internationally known health advocate, author, broadcaster and nutritional formulator.  He is also the creator and author of “The Miracle Enzyme” – “Turning a Blind Eye” and “Mastering Acupuncture”. He has  been well-known for his work and support of Serrapeptase, an enzyme that when ingested helps dissolve blockages in the body, particularly in the arteries.
Robert  has also helped 100’s of thousands of people in over 24 countries though on-line health web sites, radio interviews and his nutritional discoveries.

Robert’s interest in health started when he and his wife Anne decided to take charge of their family’s health in the late 80’s. Up until 1986, Robert did not take much notice of his health – in spite of Anne’s loving persuasion. It took the premature death of his parents, Alfred and Marjorie, who died in their 60’s, to shock Robert into evaluating his priorities. They looked at the whole field of health, available treatments and the causes of health problems. They found, from doctors researching the causes of disease, that lifestyle and diet were the most important contributions to Health.

Robert and Anne changed their lifestyle and diet and, together with the use of HealthPoint, the improvement to their health became remarkable. As well as good health, they feel and look younger and more energetic than all those years ago – before they started their plan. Robert is now aged 70+ and, together with Anne, is still planning to look younger with continuing care.

I write regullary about my experience and news about helth on Naturally Healthy News and on Serrapeptase. Under you have links to my last 15 article on each website

I write all about the latest health information and share my experiences daily on NaturallyHealthyNews.com and Serrapeptase.info. You can find the latest links on my websites below…

Naturally Healthy News Share the Health to Friends and Family